We are monitoring events closely and will continue to update our guidance as the situation evolves. Read our most recent guidance

Voted for
by our members
(aka our customers). 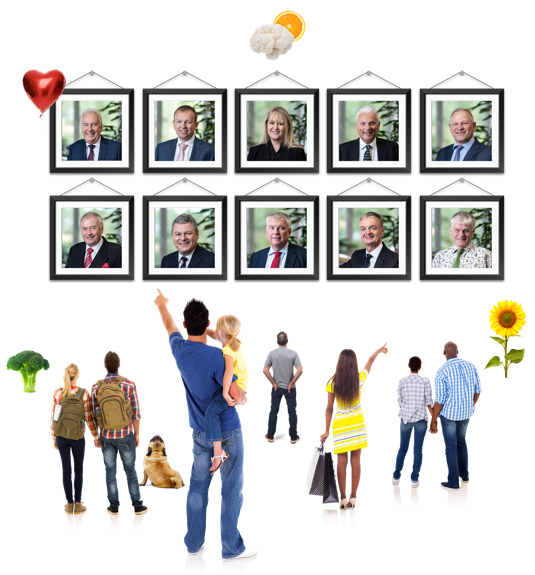 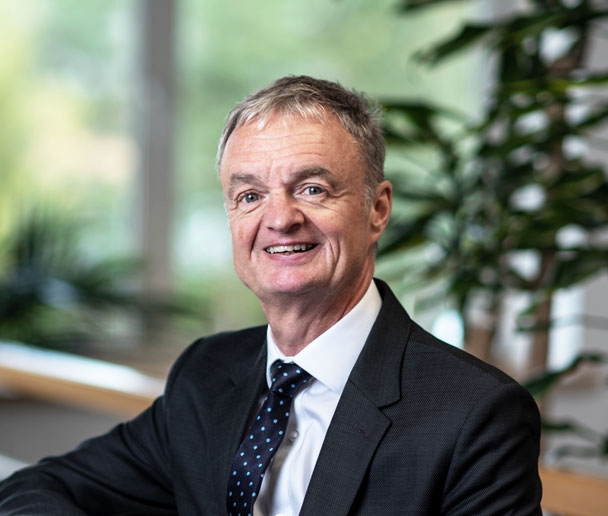 Wallace Dobbin was appointed to the Board in March 2008 and became its Chairman in June 2013. He is also a member of the Nomination Committee and Remuneration Committee.

Wallace is a Non-Executive Director of Intrinsic Financial Services Ltd, one of the UK’s largest financial services distribution companies and was formerly Vice Chairman and Senior Independent Director of the Gloucestershire Hospitals NHS Foundation Trust. He is a member of the Council of the Association of Professional Financial Advisers, a former member of the CBI London Council and a former Trustee of the Sir Steve Redgrave Charitable Trust. 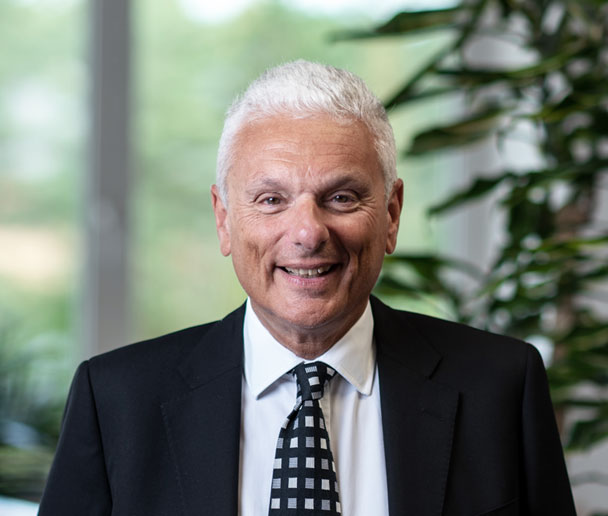 David is a seasoned life and pensions Non-Executive Director serving on the Boards of Chesnara Plc, Countywide Assured in the UK and Movestic Liv in Sweden.

He was appointed to The Exeter Board as Senior Independent Director in January 2014. He is Chairman of the Investment Committee and Audit Committee and a member of the Governance and Risk Committee and the Nomination and Remuneration Committee.

David is a qualified actuary who, prior to his retirement in June 2012, had worked for the Hannover Re Group in the UK, as the Managing Director of its UK life reinsurance subsidiary from 2003. David had been with the company since 1988, and a Director since 1990. During his career David also held various roles with the Institute of Actuaries, including being a member of Council and he also served on the Health Committee of the Association of British Insurers from 2006 to 2012.

David is a season ticket holder for Tottenham Hotspur and has been a supporter for over 50 years. 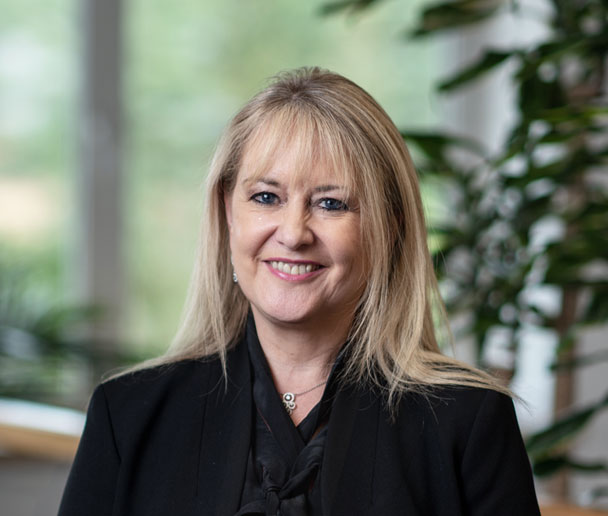 Helen was appointed to the Board in 2016 because of her wealth of experience across the financial services arena with particular expertise in leadership and distribution across all channels. She is the Chairman of the Nomination Committee and a member of all other Committees.

Helen spent many successful years at global insurer Aegon UK, where her roles included Director of Banks, Partnerships Director and Head of International Sales. During her tenure, Helen was highly regarded for her astute commercial acumen coupled with her ability to develop key distribution partnerships, optimise new business volume and nurture new talent. Most recently, Helen has worked with the Fintech True Potential as Commercial Director and Auto-enrolment specialist Now Pensions as Business Development Director.

Outside of the office Helen enjoys visiting the gym and the less energetic pursuits of reading and cooking. She's an avid fan of country singer Chris Stapleton, travelling as far as Canada to see him perform. Helen is also a Trustee of Edinburgh Young Careers, a charity dedicated to improving the quality of the lives of children who have caring responsibilities in their homes. 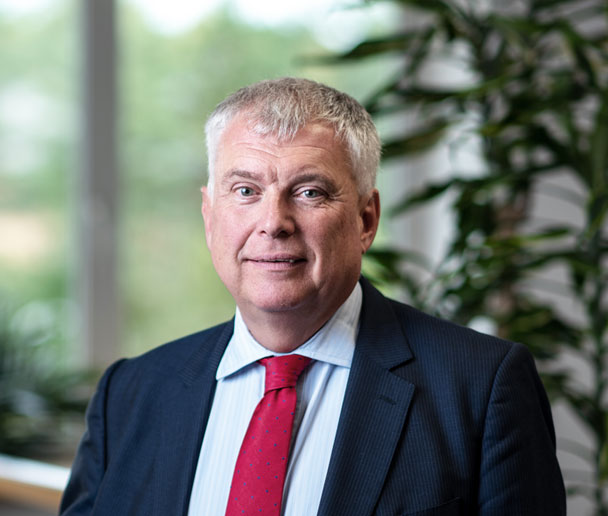 Steve was appointed to the Board in September 2015. He is Chairman of the Governance and Risk Committee and is also a member of the Audit Committee, the Investment Committee and the Nomination and Remuneration Committee.

Steve is a qualified Actuary who has held a variety of senior management roles in the Life Assurance industry. These include Managing Director for Protection at Friends Life (2011-2014), a FTSE100 company, where he led the integration of the protection businesses of Axa, Friends Provident and Bupa. Prior to this, he was Chief Executive of Bupa Protection and has been Chairman of The Investment and Life Assurance Group, a member of the ABI Protection Committee, and twice chair of the Institute and Faculty of Actuaries Healthcare Conference.

Steve is a keen golfer and has loved to travel ever since touring the world with his wife 30 years ago, whilst on honeymoon. The wild beauty of New Zealand is by far and away his favourite destination. 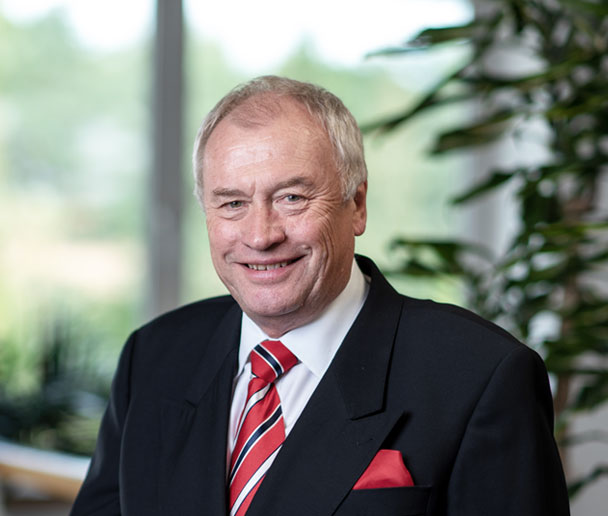 Keith suffers from dyslexia but has never let it hold him back. He started his career selling life insurance door to door, working his way up to Deputy Chairman and Chief Executive Officer of Allied Dunbar Assurance and Chief Operating Officer of Zurich Life.

Motor racing is Keith's passion and he became a championship winning formula three driver at the age of 58. He retired from driving after an accident and decided to take things easy by getting his pilot’s license. He is also Chairman of the Jon Egging trust which helps young people who are in difficult circumstances to reach their potential. 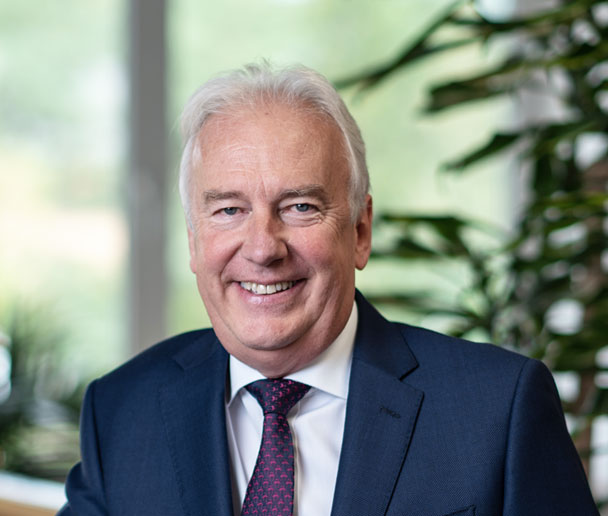 Andy is our Chief Executive. As an Executive Director, he is a member of the Main and Executive Boards and also sits on the Investment Committee. He was appointed in 2008, following the merger with Pioneer Friendly Society where he had been Chief Executive since 2005. Prior to joining Pioneer, he was Group Director at Liverpool Victoria and Managing Director at Permanent Insurance.

In 2017, Andy was appointed to the Financial Conduct Authority Smaller Business Practitioner Panel and is also a member of the Health Committee of the Association of British Insurers (ABI) which acts as the voice of insurance, investment and the long-term savings industry. Andy served on the Board of the Association of Financial Mutuals for 9 years, holding the position of Chairman from 2016-2019.

Outside of work, Andy’s wife and three daughters keep him on his toes and, when time allows, he enjoys sailing and cycling. He is a proud Trustee of the Northbrook Community Trust, a charity set up to fund the education and training of under-privileged children, and was appointed Chairman in 2019. 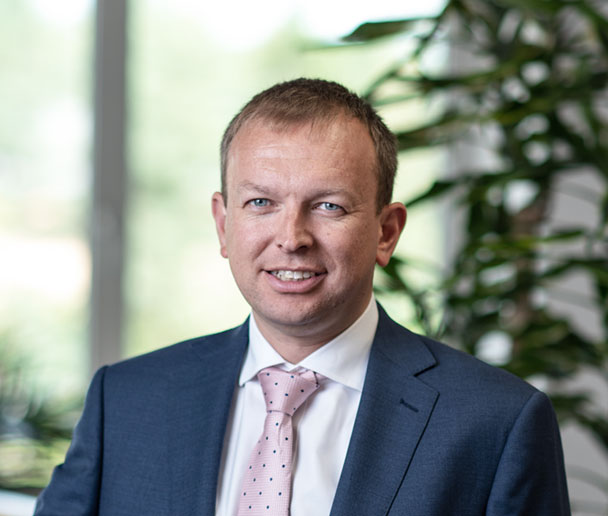 John has spent his entire career in life and health insurance, joining Scottish Life immediately on graduation from Herriot-Watt University. After qualifying as an actuary in 2004, he spent 10 years working for Royal London’s protection businesses in the UK and Ireland in a variety of roles including Head of Pricing, Head of Actuarial and Head of Products. Prior to joining The Exeter, John then worked at Scottish Widows and as General Manager at Omnilife.

John is a keen supporter of his football club St Johnstone in Perth and he will travel the 450 miles to support them. He also likes to travel, and he never goes to the same place twice. 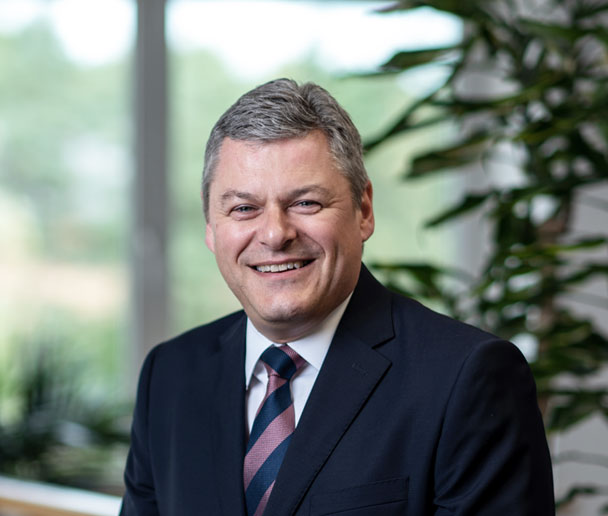 Director of Distribution and Marketing

Steve joined The Exeter in July 2017. He is a member of the Main and Executive Boards and assumes the responsibility for the sales, marketing and product development teams.

Steve has spent his entire career in Financial Services, joining Lloyds Bank immediately on graduation from the University of Leeds.

This didn’t drive his passion for Leeds United Football Club, that formed at a young age and, over 1000 games later, Steve remains an avid supporter. Supporting the activities of his wife and daughter fill much of Steve’s spare time along with some regular ice skating! 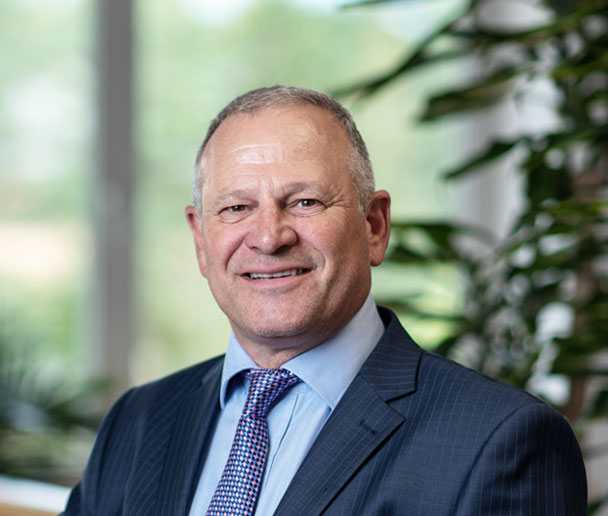 As our Chief Operating Officer Chris has responsibility for operations, underwriting, claims and the change office. He is a member of the Main and Executive Boards and has worked in financial services for over 30 years, combining technical expertise within underwriting and claims disciplines, alongside broad operational and service management skills.

Chris was first appointed Chief Underwriter with Skandia in 1994 before assuming responsibilities for new business services. In 2007 Chris joined Bupa Health Assurance leading the underwriting, claims and customer services teams, and played a key role developing the Friends Life protection business until successful acquisition by Aviva. In 2015 he set up his business delivering specialist consultancy skills to numerous firms, including St James’s Place, Pacific Life Re and Ernst & Young.

Chris’s mantra is ‘anything is possible’. It’s a philosophy that has given him the determination to successfully complete numerous Ironman challenges. When he likes to takes things a little easier he settles for a round or two of golf.

Willie is a member of the Main and Executive Boards and regularly attends the Governance and Risk Committee. He qualified in medicine in 1982 from Bristol University, and now has a research career mainly focused on improving cancer diagnosis. He is the Professor of primary care diagnostics at the University of Exeter Medical School. There, he heads the Discovery research group, with over £35 million of total research funding and nearly 300 publications.

Willie has written two textbooks, one on orthopaedics and the second on cancer, the latter winning a British Medical Association prize. He has won Research Paper of the Year twice and was awarded a CBE in the 2019 New Years’ Honours List for 'services to improving early cancer diagnosis'.

Willie is profoundly deaf, but has lived up to his mantra that ‘deaf people can do anything hearing people can.’ He’s equally famous for his vibrant shirts as well as his research and likes nothing better than taking his two black labs for long walks.